Few days back when I was in the mosque, an Indian approached me and talked to me. I learned a lot from our brief conversation and I really thank the Indian that he taught me things even thought he didn’t intended to do so. I used to see the Indian in the area I am living in, in the mosque, grocery, supermarket or while walking in my area. Many times before, when I was in the mosque reading Quran waiting for the prayer… I was watching the Indian watching me secretly, the moment I look at him he looks somewhere else. Sometimes I find him praying by my right or left… so as I do with everyone else I shake hands with anyone around me. I remember when I was shaking my hands with him he keeps looking down when I do that, there is no eye-contact. I was always asking why he is doing that, he keeps watching me all the time and when he is so close and I shake hands he looks somewhere else.

Sometimes I talk to him and ask him normal questions like: How are you? Or how do you feel in Ramadan…etc just few simple questions. The day after when we finished our prayers the Indian approached me and he sat beside me. I was surprised since it was the first time he came by himself. He told me that there is something he wanted to tell me since many days… I told him yeah go ahead. He said: “You are the best Emirati I met in my life” I was surprised! Why he said that? I was shy not because of what he said but because I kept my wallet at home and I didn’t bring any amount of money with me on that day. I thought he wanted money but what really shocked me when he continued and said that he is not telling me what he said because he needs money or want any kind of help!!! It’s just something he always wanted to say it to me face to face.

After feeling comfortable that I was not in a bad situation not having the money to give, I thanked him for his nice words but I asked him why he thinks I am the best when I am like any other Emirati, I wanted to know what made him think I am special. He answered and explained that sometimes they find Emiratis who pray with them in the same mosque yet they can’t even talk to them. When they say “Salam 3alikom” to the Indians they can hardly hear them saying it and the looks they have on their faces saying “Get lost of my sight”. He kept talking saying that when the Indians and Emiratis shake their hands as if they did something wrong. He said even the “Mo6awa3” (A Term he used addressing those religious people as some call them) they barely show us their smile even though we see them smiling and happy when they see other Emiratis but when they see us they barely say Salam.

He told me that I am different; the moment when he first saw me he realized there is something different about me. He said that he feels a peace within by just seeing me, he always talks about me to his fellow Indian friends. He explained why he never told me this before and the reason because he was scared that I might hate talking to him but then after seeing me talking to him initially he was comfortable and realized I will not be angry. His words really touched me; I had mixture feelings of happiness and sadness. I was happy because he said all the nice things about me but at the same time I was sad that those poor men find us as scary figures. How much I wish we really believe in the below verse from the Holy Quran:

“Nor walk on the earth with insolence: for thou canst not rend the earth asunder, nor reach the mountains in height.”
Holy Quran (Chapter 15 Verse 37)

I am not telling you this entire story to show off that people are saying good things about me, even though praises give humans some sort of pleasure but to me it’s not something I strive for. I am telling you this story so we can learn and to request that we improve our behaviors, a message where we should treat all our Muslim brothers equally. We Emiratis are very popular among many for our act of kindness but it’s really sad to see the poor men think we don’t treat all equally. Why do we treat the Emirati the best we can and we treat those poor men as if they low-life creatures? Pretending to be modest in front of Emiratis, VIPS or ladies may make the fool seem a man of sense but actually it’s a sign of ugliness. A sign that proves we own a stained heart. We all can be great actors playing the role of a modest person but that never makes us modest. True modesty is not something we can buy or wear or pretend to be, true modesty is within, the modesty of the heart. The modesty of the heart is the mother of modest-thoughts… and modest actions are the fruits of modest thoughts. A Shell that’s empty of internal modesty shall never acquire modesty by external modesty.

Isn’t it sad we kneel in front of lady to grab dirt on the ground to show how great we are but when the house maids clean the entire house we don’t give a helping hand but we shout. Isn’t it sad we give charity when others can see us and record our name how much we donated but we find it very hard to give far less amount because no human knows about our donations. Isn’t it sad we write books and poets praising men or women to extent we might say things that can only be said to God yet we barely say Salam with a smile to the poor or the weak. How many times you found yourself at work talking to a strange Emirati as if he is your only brother, talking to an English consultant as he the greatest teacher and you walk in you see the office boy you don’t even say a word!

I would like to ask those who find it hard to smile to poor people in our country, is it that much hard to give them a smile or ask them “How are you?” like we Emirati usually do among ourselves. Try to give the poor one of your smiles and believe me to them it might be the best gift you might give him, to him it might be even greater than money and food, their world will be brighter for your smile is their sunshine. If you are going to say: “Salam” putting a frown face please save it or use smile because the smile distorts the frown and it works like a magic you don’t need to buy expensive tools or to do expensive facial treatments so you look more beautiful and brighter, your smile is the best way to change your look to a better state. When you see a poor or an Indian I would like you to think yourself in his place, how do you want people to treat you? Do the same thing with them and I promise you will be greatly loved.

My story with the Indian taught me that two of the greatest qualities are honesty and simplicity. Honesty and simplicity are the two wings which the soul uses to soar above all earthly matters even though the body is still on the ground. I am not claiming I own a great soul I need to improve my qualities as well but I can say its Simplicity what makes others think we have great souls for simplicity originally is a sign of beauty. No matter how many virtues we posses our heart will still be gray… it’s the honesty and modesty that gives the most beautiful color to our hearts. When there is simplicity, there is greatness, when there is truth there is goodness. We need to be honest in all our relationship, we are not being ourselves, we want to be what others wants us to be so we can satisfy ourselves by their praises, this way being modest and simple is almost a dream because such virtues are forbidden for those who think themselves the best and above the rest. I would like to ask you all this, we might not be equal in what we posses, we may not share the same nationality but aren’t we all confident that we only have One Great God named Allah? Finally, I will give you summary of all I wrote by quoting a verse from the Holy Quran:

“And lower thy wing to the Believers who follow thee.”
Holy Quran (Chapter 26 Verse 215) 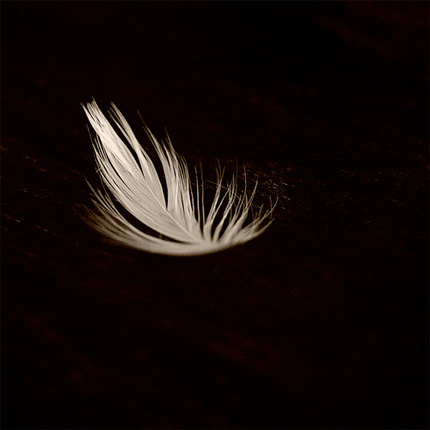 Posted by AbdulAziz Mohammed at 3:17 PM