Twitter has been my open gateway...
Finding a page that brightens my day...
Finding friends that open the way...
To laugh from the advice they have to say...
Molding my day like it was made clay...
Emiratweet, Angelistic and their nationalistic ways...
Natoof and the amazing design they display...
Um3awas and the people she has to slay...
Sarahit's unusual yet always humorous word's in the fray…
Sha, Wafa, Fearless, BooMayed have roles to play...
Wise quotes and advice so I don't fall astray...
Akhyaal & Gladiius two of the brightest rays…
It's never the same when the "Khoory"s are away...
All in all, what can I say...
Like the sun rising on a beautiful bay...
Twitter has affected me in the brightest ways...

Posted by AbdulAziz Mohammed at 2:19 PM No comments:

I cannot take this place anymore...
My inner peace is dried like a fruit on the floor...
I have no love or happy thoughts...
I am simply consumed by worldly wrought...
I desire a calm and normal state...
To replace the despising hate...
Inside of me so I shall flee...
And embark on my first journey...
Thus far I’ve walked through the desert and sand...
So I can become one with nature and feel the earth in my hands...
This is where I want to be...
I am finally calm and finally free...


"Freedom" Is Copyright To AbdulAziz Mohammed 2010

Posted by AbdulAziz Mohammed at 2:58 AM 2 comments:

Email ThisBlogThis!Share to TwitterShare to FacebookShare to Pinterest
Labels: About Me, Poems

If you lost "Love"

You might be sad but don't show it, and let it go...
Don't let your heart out and don't shout...
Don't do the wrong but be strong. ...
Don't waste your tears for they are so dear...
Don't blame God or any other, it wont add any to the matter...
Don't worry and don't be sorry...
Stand up, step forward not backward...
Move on... Your old love is gone...
Forgive and forget the pain, live and love again...
With no fears but with care... 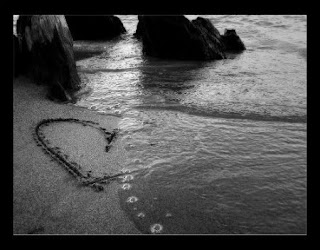 Posted by AbdulAziz Mohammed at 12:15 AM 2 comments:

Email ThisBlogThis!Share to TwitterShare to FacebookShare to Pinterest
Labels: About Me, Poems, Sadness

Somehow you find her, your one in the crowd
And brace yourself for opening of your heart
You can’t help it the first time you say hi aloud
When she smiles you know you’ll never be apart
Graceful and smart, both witty and sweet
You love all about her, her face and her eyes
Her hair and her clothes, her legs and her feet
How she gives advice, both helpful and wise
You fall for the first time and she doesn’t leave
She picks you back up and holds you so close
She makes you want more and you start to believe
You just want to tell her but can’t be verbose
You’ve lived thirty years and she’s lived the same
You want to spend fifty or more in her light
Remembering that before you even knew her name
You’d fallen in love with all of your might
She laughs when you joke, even when they are bad
Her touch is like Heaven, healing your soul
She never abandons you, never gets mad
She’s you’re other half, and she makes you whole
She’s cautious but does not avoid the bad times
Her open arms wait with a love that is true
And so with the simplest and smallest of rhymes
You tell her through this, “Baby, how I love you.”


"Perfection" Is Copyright To AbdulAziz Mohammed 2010

Posted by AbdulAziz Mohammed at 12:18 AM 2 comments:

He fights to stay awake, his bones are so tired
For endless days and months, in this much he’s been mired
All he did was do what his president asked
With saving a country, these men were all tasked
All she did on that morning was run out of bread
So she sent her daughter with a kiss on her head
Down to the corner with a dollar and change
Never, no never, to see her again
The child cries in hunger, the animals suffer
From murder and violence there is no buffer
“I’ll shoot him,” the brother says, holding a gun
“After all, he’ll come back, and the game will be won.”
In silence the girl weeps, will nobody care?
No one asks about school, and no one is aware
Until the school calls to say she never showed
Mom forever wonders where blades were stowed
Out on the playground or here in the street
Whether strangers to us or someone we meet
We don’t know what private hell they go through
And we shouldn’t judge what they say or they do
For no matter how hard the world chooses to be
Humans were created to live and be free
We fight and we struggle, we claw and we scratch
And eventually win; the world is no match
Determination, that’s what we’re made of
We have such strong will, and are so full of love
Just reach out a hand or offer an ear
Or hold someone close when they need you near
The wars will go on; the depression, it’s true
But it takes just one man to change it, and you?
Will you be the one to just say, “I care”?
Or will you walk on by like they’re not even there?


"Struggle" Is Copyright To AbdulAziz Mohammed 2010 Posted by AbdulAziz Mohammed at 3:38 AM 3 comments:

Email ThisBlogThis!Share to TwitterShare to FacebookShare to Pinterest
Labels: Poems

Email ThisBlogThis!Share to TwitterShare to FacebookShare to Pinterest
Labels: Islam

The Circle Of Darkness

I had enough of suffering in life, I wanted "A" rest...
The Dark Angel appeared and it was for my best..

I asked: "Oh angel of death help me, take my soul..."
I thought I will never regret this, since it was my goal...

And finally when I thought I found my own happiness...
I still could feel even though I only sought nothingness...

How come? I tried so many times to talk to and ask my soul...
No Answer, I realized he is no more, he finished his role...

Who knows what I am to be considered? Alive or dead...
I finally realized when the question was bugging my head...

Yeah I died with feelings that even death can't seal...
In the end it won't matter what and how I feel...

Happiness always fades to the same darkness...
And the only thing that remains is sadness...


"The Circle Of Darkness" Is Copyright To AbdulAziz Mohammed 2006

Email ThisBlogThis!Share to TwitterShare to FacebookShare to Pinterest
Labels: About Me, Poems, Sadness

~Last Days Of The Dark One~

A little girl found a book called "The Sealed Fate". When she found it a black winged figure appeared in front of her. The 5 years old girl asked who are you!? And she hears the reply: "Angel of Death, I am here to take The Dark One's soul, for some reasons the soul wondered here again as soon as you came. She realized he was the author of the book. Then she asked how the last days of that man were known as the Dark One. The Angel of Death turned away giving his back to the little girl, he then starts: A life where his eyes are always filled with tears, he kept praying: "Allah please have a mercy on me, why I cannot resist her? Why she keeps coming in my life" prayers run fallen, slipped from his lips, Tears roll down on his cheek. Though dead he lived, he cannot part from love that lives within his heart. Everyday of his life he walks around, walking through the gardens staring at the stars and ground. His heart is constantly struck with pain...


He doesn't have a friend he is all by himself; he goes home at night and takes his book off the shelf. He writes down what happened and what went down on his entire life. Anyone who reads his book can tell the days he cried because the drops don't go away. If you look on every page you can see little red stains, you see where the ink ran because the blood that flooded out of his eyes... In his little book he writes what's on his mind and no one really knows all the pain that is behind. Behind every story, every single poem he wrote, behind his pretty smile, behind his suicide notes. No one really knew and no one really cared, even I don't think anyone’s life could really be compared...


The Angel of Death stopped speaking. The girl walked towards the Angel of Death saying: "Mr. Winged man, why did you stop?" as her hands are shivering for unknown reasons to herself. The Black Winged Angel continues:


That’s because no one cared, because he had no friends. His inside they never did see. He wrote his last story about his life that he would soon end. He lost all reason he once had to live... He wrote it in the book on the very back cover because the pages had been filled for what people would soon discover. They would finally get to read all the story's that he wrote about the things he went through, they would read every single note. His last entry was dated November 16th 2007 It was titled "Death". By the time someone found him he was soaking in his blood. The book was there beside him also soaking in the flood. For many years after the book was never read until you found it. And now I will keep it with you and do whatever you want. The Angel of Death took the soul of the Dark One and disappeared. Meanwhile, the girl started reading the book. After finishing reading she killed herself, because she couldn't bare the guilt because she never realized all this time that there was someone who could love her Mother that much. The Angel of Death appeared asking: "Why you killed yourself" and the little girl answered innocently: "I know I cannot love mom and dad as much as this man loved my mom. I cannot allow myself to live when there is a man with that much love leaving for the other world alone, Mr. Dark One your love will always be eternal…"

Posted by AbdulAziz Mohammed at 3:56 PM No comments:

Email ThisBlogThis!Share to TwitterShare to FacebookShare to Pinterest
Labels: About Me, Poems Posted by AbdulAziz Mohammed at 11:24 PM No comments: