Is There Anything God Can’t Do?

Greetings Reader, on ask.fm Someone asked me this: “Is there anything Allah can’t do? I am asking Allah for something really Really big! is it possible he will give it to me?”

The answer oh Reader is simple, there is nothing God can't do, but remember there is nothing God would do that is not suitable for God. Do I make any sense to you? Hmmm, I see some of you might be still confused. Well in some of my other posts I mentioned that the source of all answers related to God and his existence can be found in God’s beautiful names. God have many names, we human only know few, the Muslims may know 99 Names, the Christians 50 Names, the Jews 40 Names, the Hindus 30 names…etc.  But there are several attributes or names which all those who believe in the existence of God, believe in them.

Examples for some of the names we all agree are: “The Creator” we all believe God is the creator, the one who created our universe, we all believe God is “All Merciful” that he is more merciful than parents to their children. We all believe God is “The All Wise” He is the One to Whom belongs the highest wisdom, the One Who is All-Wise in His creating and commanding, Who perfected everything He created. “The Holy” The One Who is far greater and far removed from any imperfection, or that He resemble any of His creation. Hence he is far removed from any defect just as He is far removed from anything resembling Him or coming close to resembling Him in any of His Attributes of Perfection. Another name we all agree is that he is: “All Powerful” The One Who has complete and perfect power and ability, by His Power He brought everything into existence.

When I said God can do anything, that was based on his name: “All Powerful” and when I said he only do what’s suitable based on his names: “The Holy” and the “The All Wise”. God can create something heavy but he can’t lift it’s impossible, because we said it God is all Powerful so he can lift anything and he can create anything but is it Wise? If he created something he can’t lift would he be perfect!? Of course not, he wouldn’t be a Perfect God so the act of creating such a thing is not an act God suitable for God. Remember, God can do anything, however, just because he can do anything, doesn't mean he will do anything unwise. God can punish all humanity, all his messengers, all his prophets, everything he created but is it a suitable act? NO! Because it will contradict the names we all agreed like the “All Merciful” or “The All Wise” or “The Holy”.

Similarly answering Christians, if God wants, he can have 1 son to Billion sons, he can have daughters if he wanted but would that make him the Perfect Supreme God we agreed on some of his names? NO! Because having a son means imperfection, it means the son is of the same nature or part of the same nature of the father. Also note that we need a son because we need someone to continue our legacy, to help us manage our businesses, to have self-satisfaction, to get support…etc The Almighty God doesn’t need that because one of his names as all who believe in the existence of God agreed is “The All Powerful”. Christian may ask: “Alright, if God doesn’t need Son, why he is having Angels, Messengers and Prophets?” The answer is quite easy, Angels, Prophets and Messengers are not God’s sons but servants, they are of a different nature, they are not to be worshiped like the Supreme God and their existence doesn’t contradict any of God’s names. We all know there is nothing like God, the moment one say God can have son he proved that there is something like God, because son like father, the same nature, so that contradicts the fact we all agree: “There is nothing like God”. If one said: “Ok what if the son was of a different nature? Well, “Then he shouldn’t be considered The Son of God but instead just another creature God created” The answer can’t be easier. I will give you a real life example, I love reading books, many times I say my books are my friends, does it turn the books into human beings? NO! I can use more than 100 arguments to prove my point but for the wise what I mentioned is more than enough.

We can move into the streets naked without wearing your cloths, right? We all can do that, why we don’t do it? It’s because we respect ourselves. We don’t want to insult ourselves by walking naked. If we human, low creatures don’t accept to do something that insults ourselves then why it’s so easy for you to imagine can do things disrespecting himself? “In fact the Qur'an constantly says that Allah is better than what some attribute to Him. In other words, Allah doesn't do something that would belittle Him or bring down his status”

Now back to the second part of the question:  “I am asking Allah for something really Really big! is it possible he will give it to me?” No matter how big is what you are asking God, if you deserve it Allah will give you, if Allah wills and you deserve it, know that if the whole world was against you, if the heavens are going to fall on you, if the earth explodes, Allah will give you what you asked if you deserve it and if he wills, be it in this world or the hereafter. However be sure not to disobey God and expect God will Answer you. Yet keep praying, keep praying and keep praying, for prayer is a great weapon every single human owns. Finally I will close this post by quoting one of my favorite verses of the Quran:

“and when my slaves ask you (O Muhamed) concerning me, then (answer them), I am indeed near (to them by My knowledge). I respond to the invocations of the supplicant when he calls on Me( without any mediator or intercessor). So let them obey Me and believe in Me, so that they may be led aright)
Chapter 02 – Verse 186 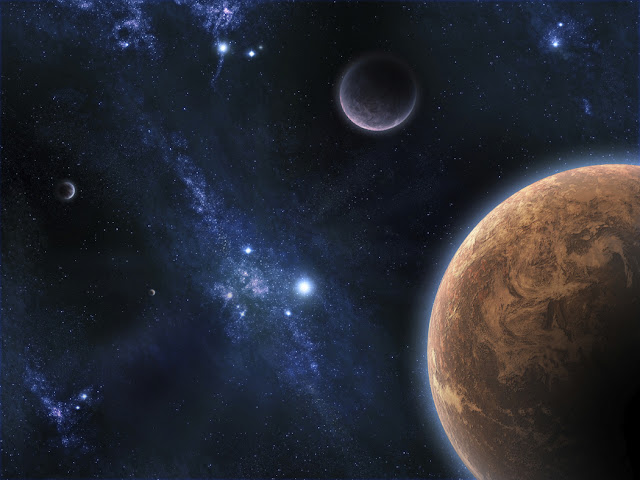 Posted by AbdulAziz Mohammed at 11:46 AM